I spent a nice day with all my colleagues yesterday in Alsace. Every year there is a special day in my office called "Journée Bureau" something like "Office Day", it's a day where nobody work at office, it's a day to just have fun together visiting some places or doing some sports together. We leave early in the morning and come back late at night all paid by our bosses!!!!

So it's grapes harvest time in all wine region in France, Alsace is well know for it's white wine.

I lived in Alsace during about 10 years so I really know well this area.
Our first stop (about 230km from home) was Riquewihr, one of the most beautiful french village. It's like visiting the village where the 7 dwarfs live with Snow White! Everything is so cute, tiny, full of colors, with flowers everywhere... 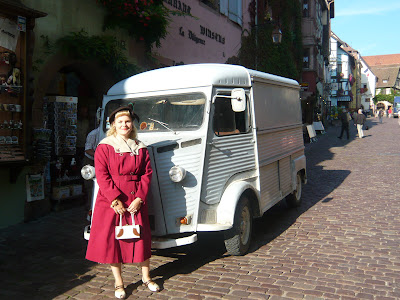 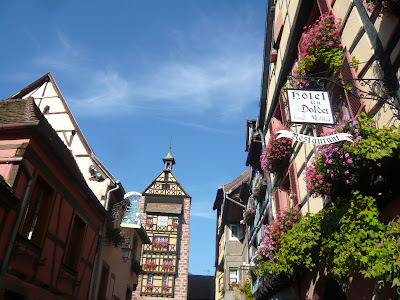 There was a nice and huge Christmas shop which remember that Alsace is well known as Xmas capital with amazing Xmas markets everywhere. 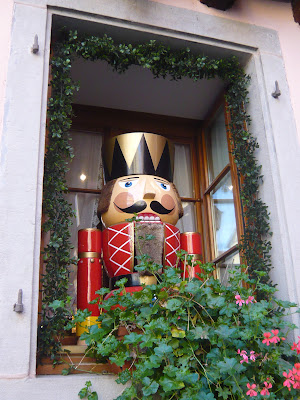 Afterwards, we visited Ribeauvillé another small typical Alsatian village. Alsace is a really special region in France, Alsatians were german before 1789 and became french than. In 1870, they became again german to be french again after the WWI. In 1940, Alsace was again a german region and finally french after the WWII... It was so hard for them! 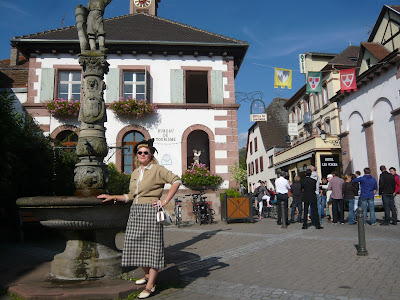 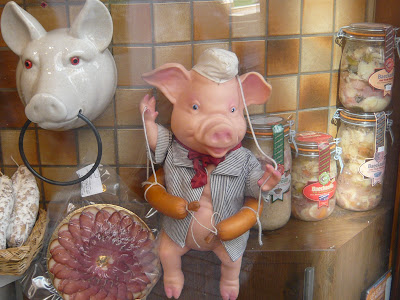 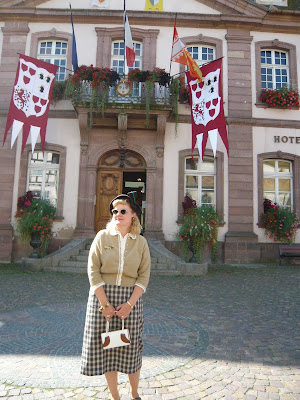 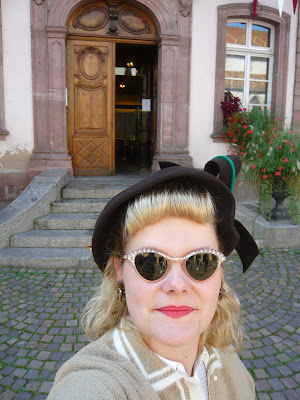 ﻿
And a good meal among vineyard: Munster (a very strong cheese) and Choucroute.

We also visited a wine cellar with tasting.
We also went to Kaysersberg. Most of the houses are built before 1600. 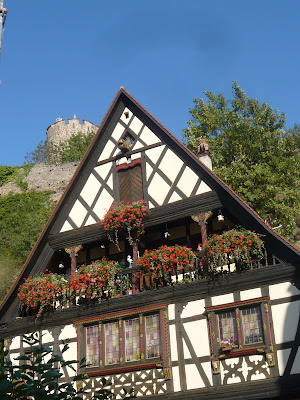 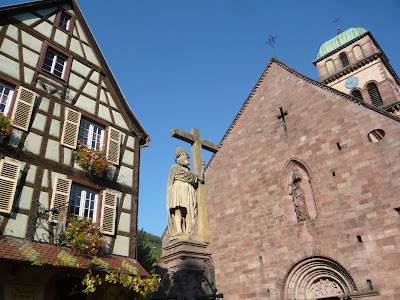 All along the wine road you can see numerous medieval castles, most of them are just ruins now. 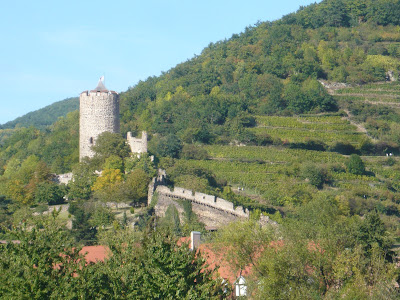 We finished our day trip in Strasbourg a very special city for me it's where I studied more than 10 years ago. 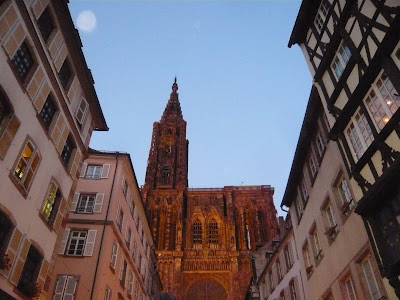 Do you know Alsace or have you ever been there?
Posted by Laurence at 9:32 PM 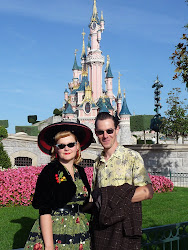 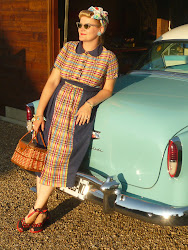 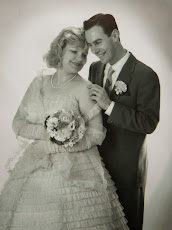 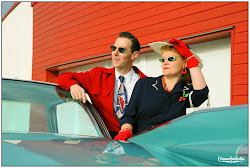